The Bluegrass scene in Greece 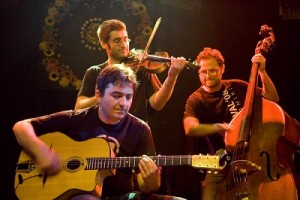