Tips on how to approach musical improvisation 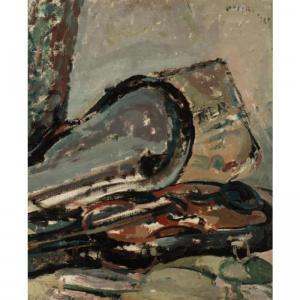 I would like to offer a few tips on how to approach musical improvisation.  They will hopefully point you in the direction of simplifying your approach in improvisation and encourage your musical freedom. Good improvisers are not smarter than everybody else. And they are certainly not geniuses.

•    Always use a back up track when experimenting with ideas. What you may think of as musically pointless and uninteresting can be turned into a great musical idea when played against a harmonic background. Band in a Box software is a great tool for practicing improvisation.

•    Start familiarizing yourself with music theory, scales, arpeggios and harmony. There is definitely no harm in having that knowledge. What usually repels people is the way these concepts are taught. Music theory is your friend.

•    Simplify things! We need to have in mind that there are basically 3 big families of chords: Major, minor and dominant chords. Even if they have weird extensions and names, all chords fall -or we can make them fall- into one of these categories. So every time we come across ‘a choice’ for improvising, we can put it into one of the 3 categories/families thinking like this: This is a good choice on a major chord, or that sounds nice on a minor chord etc. This process organizes our material and immediately contextualizes our playing. By organizing our choices in this manner we soon realize that these three pockets of information are interrelated. When we realize that we start thinking like this: Hey! This looks like that thing I was using there, so I can probably substitute one for the other. This is where real fun starts. That is the basic mental process of demystifying music harmony and using it creatively. It is based on the fact that people tend to learn faster through thinking in relationships.

•    Simplify things further! When we are called upon to improvise on a chord progression we are dealing with all sort of different chords passing by. Especially in faster tempos it seems impossible to recall our knowledge on what to play on each chord. The answer is that we should learn how to deal with groups of chords, instead of worrying about each chord separately. This is what experienced improvisers do, based on the fact that chord progressions are not random but very often built on certain ‘syntax’ rules. Knowledge of that syntax helps the improviser feel more comfortable in a given harmonic environment.  Whether we should outline each chord or not is a matter of musical judgment and taste.

•    Even further! Use a few notes when improvising, fewer than you think are necessary! Realize the musical importance of pauses. I personally tend to like players who create beautiful ideas with a minimal amount of material. You can find this soloing mentality in the playing of Gypsy guitarist Django Reinhardt and mandolinist David Grisman. Trying to be meaningful by playing a few notes will help you zoom into your playing and eventually encourage you to experiment with all the different ways you can treat a single note. This process not only will mature your interpretation, but it will also help you start thinking more while playing by providing a sense of breathing and relaxation.

•    Be as rhythmical as you can. It is not only the rhythm section’s responsibility to provide a good sense of rhythm. Soloists are also responsible for the overall sense of rhythm the band generates. A few randomly selected notes that are well organized in time usually yield a more satisfying musical result than a bunch of harmonically interesting notes that have no groove.

•    Use a wide range of dynamics. Define different levels of dynamics and keep passing from one to the other. This will make your playing more surprising and engaging. However, avoid overplaying your instrument, something that usually happens when we are overeager to play things we like a lot or feel comfortable with. We must separate between playing loud and sounding rough and clumsy.

•    Create your personal library of licks and rhythmic patterns by stealing ideas from other musicians and inventing your own. In the process of creating your own original ideas or when working up a solo, use your voice to assist you. Generate your idea by singing it first, and then play it on your instrument. All people have listened to a lot more music than they’ve actually played, so there is a lot of valuable information recorded in our heads. You call upon that hidden information through singing.

•    Keep visual contact with your fellow musicians. Don’t immerse yourself into your own playing. Watching the people you play music with (sounds so obvious!) helps in the tightening up of the group. For example, if you are playing rhythm together with someone else, watch each other’s hand or nod your heads to the rhythm and use that visual information to make your music groove. This habit will eventually lead to more interaction between musicians, musical energy, and of course enjoyment for you and those who are watching and listening.

•    If you think about it, when playing in a band most of the time we are not actually soloing. But why sit down all that time doing nothing? Assist the band in playing rhythm. Don’t exclude yourself from what’s going on because you are not soloing. If you do, make it seem and sound as a musical choice, not because ‘you can’t play rhythm on the violin’. Bluegrass fiddlers have developed very interesting techniques playing rhythm. Try to figure out what they are doing and again, start stealing.

•    When you play over a certain chord you can try to avoid thinking in terms of the root of that chord. For example, when you have a chord with D as the root (Dmaj7, Dm6, D7, etc), use ideas built on a different root instead, like a scale that starts on A, or an arpeggio that starts on B. This approach makes our playing a lot more interesting, and enhances our creativity and understanding. This is because when we play ‘root ideas’ we more or less provide sounds that are usually well defined by our rhythm section anyway. When we play with a different root in mind as a reference, we immediately contribute a different sound framework making the final result more complete and satisfying. We will be examining such examples in our sessions.

•    If you are into a particular musical style, don’t hesitate to borrow ideas that are typically used in other musical traditions. For example, if you are a bluegrass fiddler and you come across a scale used in gypsy music, don’t think of it as ‘foreign territory’. See how you can adopt it tastefully and discreetly in order to spice up your playing.

•    One final point: Although we can find harmonic and stylistic conventions in every musical tradition, what makes something sound ‘inside’ or ‘outside’, ‘correct’ or ‘wrong, is a complex matter. It depends on the style of music, the evolvement of a musical style, the use of rhythmic patterns, the individual sound of each instrument, expression, personal taste and so on. Harmonically speaking, some people say that there are actually no wrong notes but only wrong resolutions. We can generalize this idea by saying that good improvisers can handle a ‘mistake’, in the direction of contextualizing it and turning it into something meaningful and musical. In my experience one key concept is intention. Whenever the human ear detects intention behind sounds, these sounds are more likely to be perceived as correct or valid. Put in other words, apart from worrying about the harmonic validity of our music (which in certain musical contexts is not even a concern), we should focus on interpretation. This does not mean that we can play anything we want as long as it is played with conviction and taste or… maybe it does if you like, but only after we have proved that we are actually able to carry out our typical musical duties satisfactorily.