A few thoughts on the concept of talent 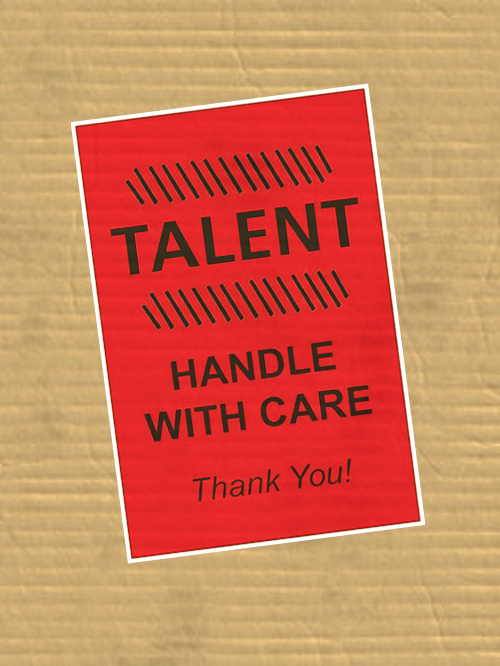 In 1869 Sir Francis Galton introduced the term ‘nature versus nurture’ in his book ‘Hereditary Genius’. He suggested that the boundaries of human achievement were determined by nature, essentially implying that how good people can be at anything depends on their inborn abilities. In other words, on how lucky they were with their genetic code. He wrote that man should find true moral repose in an honest conviction that he is engaged in as much good work as his nature rendered him capable of performing. Beyond the fact that the word ‘nature’ makes the whole argument of talent more attractive, the bottom line in his book is clear: Some people have it, some people don’t. But what are the implications of this approach on our relationship with music?

In the corner of the earth I live in, and probably elsewhere, most people would think that music is a no-go area for the majority of the population. How else could it be when we are convinced that in order to play and enjoy music we need to start early, have long fingers, a music family, and above all ‘talent’? It’s interesting to note that there are very often more prerequisites than reasons for playing music. And prerequisites find their way more naturally of course in the world of competition, qualification and career. This is a world based on a selection mechanism whose values govern our music lives from the bottom levels of music education up to global reputation. I suggest that the notion of talent is part and  parcel of this competitive world, represents the essence of its selection mechanism and serves its values by turning the spotlight on those worth investing into. In that sense the notion of talent certainly does not historically symbolize the appropriation of music by society as a whole.

This selection mechanism operates on questionable criteria and the subjective aspirations of ‘experts’.  In the book ‘Conceptions of giftedness’ (Feldhusen, J., F (1986) ‘A conception of giftedness’ in Strenberg, R., J. and J., E. Davidson (Eds.) Conceptions of giftedness, Cambridge: Cambridge University Press, p. 101) Feldhusen says that all such definitions leave someone else to decide on some operational level how the terms remarkable, superior, unusual and the like get translated into some specific quantitative statement, a process that must take place if a student is to be determined eligible for some school program for gifted children. So in order to come up with a ‘specific quantitative statement’ no wonder that this mechanism has created exams, musical ability tests and competitions.

It is worth commenting on the origin of the word talent and its quantitative connotations. The word talent comes from the ancient Greek word ‘talanton’. The talanton (talentum in Latin) was a unit of  measuring weight and money used in ancient Greece. (something like the English pound). The shift in the meaning of the word can probably be spotted in the parable of talents in the book of Matthew 25:14-30. In this parable a master entrusts his talents to his 3 servants before he goes away for some time. The first two servants receive 5 and 2 talents respectively, and the third one talent. When the master comes back he asks the servants what they did with their talents. While the first two servants doubled their talents to the satisfaction of their master, the third one buried his talent under the ground and did nothing with it. Then his Lord tells him: You ought therefore to have deposited my money with the bankers, and at my coming I should have received back my own with interest. Then he orders the other two servants to…throw that worthless slave into the outer darkness, where there will be weeping and gnashing of teeth… The obvious moral is that failure to capitalize on our God-given gift results in Judgment.

So gift given from God turned into talent given from nature. We can also see that the concept of talent has a bearing on notions of measurement. From this point of view, the fact that the advocate of inborn abilities Sir Francis Galton also developed psychometrics(!) comes as no surprise. It further establishes a historical and philosophical connection between talent, measurement and selection mechanisms. Talent, money, quantitative statements, psychometrics, exams and the outer darkness, they all pop up during the discussion. Today, it is very interesting watching a world supposingly obsessed with quality negotiating in numbers and units.

Let’s take this idea one step further. A good friend of mine pointed out that the ancient ‘talanton’ measured units in much the same way today talent is usually attributed only to individuals. This is quite true. We rarely refer to talent as a collective quality. But if there is a social mission in music making (as we all hopefully agree) then talent loses its significance. The importance of talent is questioned by the nature of music itself. So if we are dealing with music as a collective process with a social mission, using talent in any way to succeed in our mission is a contradiction in terms.

The notion of gift or talent implies that something which is ‘already there’ exists only in a few individuals. Therefore, the identification of talent can only stand against someone else, that is, against the untalented people. Talent, gift, nature, genius, musical intelligence, unusual potential, innate ability. A stream of positive connotations strong enough to wipe out things like devotion, influences, choices, luck, spirit, inspiration, even our queries about the unknown. Although we are not usually aware of this, the moment we resort to one of these concepts, we are not only expressing our admiration and gratification, but we are also providing an indirect explanation of what we are experiencing. I believe that when we declare someone ‘talented’ we say more about ourselves than about the ‘talented’.

In order to justify this, I would like to quote a few words from Janet Mills’ article titled ‘Gifted instrumentalists: How can we recognize them?’ (published in 1985 in British journal of Music Education, 2:1, p. 45). She is fairly outright when she says that the selection of those with greater potential may well produce pupils who are relatively easy to teach. So if spotting talents makes life easier for the teachers and we are thanking biology for doing the hard work, then we gradually become more irresponsible both as individuals and as a society.  I wouldn’t go too far if I said that talent is definitely more useful to a world concerned with saving time and money.

So talent gets over fast and easy with matters that are slow and complex. It is a fast-track system of  evaluation which we have inherited from the world of competition, qualification and career and in turn naively use in our own music affairs blocking our way to understanding and progress. As a fast-track system used for selection purposes it represents a low level of critical analysis. It fails to take into consideration basic analysis tools like time and context. Vincent van Gogh sold only one painting during his lifetime, while in 1895 Albert Einstein’s teacher told his father that It doesn’t matter what he does, he will never amount to anything. Similarly, the vocal mannerisms of a ‘talented’ reggae singer are completely inappropriate for a soprano in the opera, and any young student with ‘unusual potential’ is likely to perform very differently in exams than with his friends.
So, talented towards what? And says who? 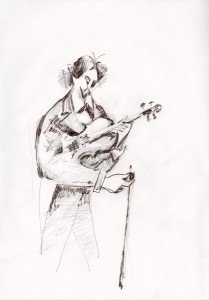 One of the most important implications of the invocation of talent is that we are quietly laying the ground for discrimination. Talent emphasizes product against process, discouragement against encouragement. Talent fails to draw and carry important process information because it is interwoven with the notion of product. This information is valuable for our understanding as listeners and our progress as musicians. It also fails to encourage because it forces so many people to question their abilities and eventually stop fiddling with music. And this is probably the most worrying implication of the talent mentality.

It admits of no doubt that it is sometimes difficult to understand how people can be so remarkably creative and intelligent. It is also true that people are so different in their modes of adaptation and uptake. However, by resorting to the invisible world of hidden talent and innate abilities, we depreciate the real world of human relationships and interaction. Music is actually a form of human interaction whose quality and importance depends on healthy human relationships. I suggest that the upgrading of talent creates unnecessary tension in our musical affairs.

People whom I respect as musicians and personalities would most likely deny the honor of being ‘talented’. I suppose that’s because they are aware of the complexities of the process that made them what they are, and because they can sense the unbearable implications of self-consciousness of talent and the authority to recognize it. Increasing our awareness of these complexities and implications will   encourage everyone to feel equally entitled to give it a go in music.