Christopher Small is no longer with us 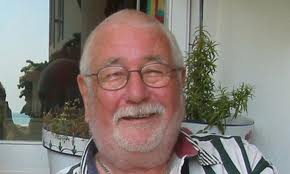 Christopher Small, a wonderful personality and writer, passed away on September 7th 2011. He was the author of three books, Music, Society and Education, Music of the Common Tongue and Musicking. I had the honour of translating his book Musicking into Greek with Demetra Papastavrou. I came across Small’s ideas for the first time while I was working on my improvisation research. It was one of these reading experiences that make you feel that you’ve known the writer for a long time. During the translation of Musicking I had the chance to delve deeper into his views and appreciate my musical experiences in a more fruitful way. Small’s writing was intimate, capturing and away from academic conventions.

Suggesting that music is all about doing, he turned the noun ‘music’ into the verb musicking. Small insisted that during musicking everyone’s contribution is equally important. In Musicking he writes that It is not just a matter of composers, or even performers, actively doing something to, or for, passive listeners. Whatever it is we are doing, we are all doing it together—performers, listeners, dancers, ticket collectors, piano movers, roadies, cleaners and all. Every time we take part in musicking a set relationships is created that model our conception of ideal relationships. Every time we music we get involved in a process during which we explore, celebrate and affirm these relationships. The way we music, relates to the way we would like to live in this world. Therefore, musicking is an issue of broader political importance.

Cover of the Greek edition

In his book Musicking Christopher Small questions the conventions of classical performance in Western-type concert halls. He pointedly reminds us that when the great classical composers gave their concerts in their lifetime the audience could talk, eat, dance, even express their disapproval. By examining the relationships created in the concert hall, he attempts to explain how we ended up not being allowed to cough during a performance in a concert hall. He then calls upon the antidualistic mind philosophy of anthropologist Gregory Bateson, in order to elaborate on the idea that to music, is to take part in a ritual which offers us the chance to explore, celebrate and affirm our broader political identity.

Here is a lecture given by Christopher Small at the University of Melbourne on June 6, 1995. He presents the essence of his ideas on the importance and meaning of music in our lives.

We will always remember him.