Trying to become a better musician is like walking up a beautiful mountain. The higher we get the nicer the view is. We know that the view is already worth all our efforts and patience and we can imagine that higher up the view is even greater. Along this path of musical development we are desperately looking for shortcuts that will accelerate our progress and will offer us a greater view of the musical world. These shortcuts are nothing more than mental frameworks that organize our work and provide useful answers. I want to share a few thoughts on the notion of technique as a mental framework that can be sterile and perplexing. I would like to suggest techniques as a mental framework that is more fertile and liberating.

Technique is an abstract concept. Just like ‘music’ is an abstraction of the real action of playing music, technique is also an abstraction of all our playing mannerisms. This concept of reification (turning an abstraction into a concrete thing) lies in the heart of the philosophy of Plato and often provides us with a distorted world view. It may be a crude example, but think of a farmer from mountainous Crete and a London businessman both being regarded and treated as ‘Europeans’. Or think how we -here in Europe- mentally treat a Texan farmer and a San Francisco hippie as ‘Americans’. So, what is wrong with ‘technique’ in music?

First, I think ‘technique’ is almost a non-musical concept. It bears no organic relation with all the elements that make musical meaning to the human ear like repetition, melody, pauses, dynamics and interaction. These musical elements can be honored and practiced with minimum technique. Furthermore, the notion of technique cannot really explain why I enjoy playing music with my buddy who picked up the guitar just 2 weeks ago. Percussionist Ken Hyder has said in an interview that ‘technical virtuosity does not interest me as a player’ (…) ‘the aim is to create magic moments, and magic moments are often created with the minimum use of technique’.

Second, the notion of technique has no universal value whatsoever. It may refer to different things around the world. What’s more, appreciating music is very often style-sensitive. A classical virtuoso will never be able to play a single note in the jazz idiom and a reggae singer will most likely sing bad opera, unless they both spend time internalizing the particular expressive devices and techniques of jazz phrasing and opera singing. We would never criticize them for their bad technique outside their musical territory. Different musical idioms use different playing and interpretation techniques and it is these techniques that most often define the unique sound and character of a musical tradition.

Third, I feel the concept of technique is more tied with the linear and deterministic view of learning I have discussed in a previous post titled ‘How people learn and what it means for us musicians’. Progress is non linear and asymmetric involving jumps, spins and turns. Deliberate practice on the other hand encourages the idea that you need to practice something first before you are able to play it. I think experience tells otherwise. My weak memory suggests that I have not actually practiced most of the things I can play. They were quietly developed and shaped while I was satisfying my childish curiosity listening and playing my favorite music. I was not in a ‘now I am working on my technique’ mode. What we can do with our hands and mind develops in a much more complicated way than the linearity implied by technique. 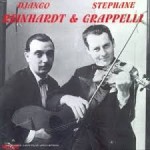 Finally, let’s look at the music of Django Reindhardt and Stephane Grappelli as an example. Their 1930’s recordings largely constitute the foundations of the gypsy jazz tradition. Django himself had to come up with his own unique technique of playing the guitar after his 3rd and 4th fingers were paralyzed in a fire accident. By using only his index and middle fingers of his left hand he came up with unique lines, chord inversions and a soloing mentality that eventually defined the Gypsy Jazz sound. Grappelli on the other hand improvises playing only in 1st and 3rd position most of the time. His improvisations are made of notes that can be hit by a technically intermediate violinist.

In addition, they certainly did not play perfect in any sense of the term. No matter how much forgiving these old recordings are, you can still hear imperfections and misses. What makes their music great is not the idea of a polished final product. It is their innovative approach, the musical accidents that happen and the risks you hear them taking while they are looking for that one live take they would eventually put on their record. I could simply say that their music is basically human and honest. In that sense, it has great artistic value.

For these reasons I have started to believe that thinking in terms of techniques is a lot more fertile and liberating. The concept of techniques comes in handy while learning and accounts more effectively for what goes on in the musical world. I find it more helpful in organizing my work instead of generally thinking ‘now I am working on my technique’. It can offer more tangible answers to the question: what can I really do on my instrument? When I listen to my favorite musicians I notice that they either have the ability of creating an interesting variety or they are very good at doing one single thing. A single technique may be a musician’s stylistic hallmark. There are many great musicians who became well-known just because they introduced that one single thing or technique they were good at. Being good at ‘something’ has real musical value. It helps us build our musical identity and provides us with the power to share and communicate our music.

I have to say that this discussion touches more on improvisational music than Paganini’s caprices. When attempting to play music exactly as written then the concept of technique turns into something more objective and confirmable. I am just weighing the abstract concept of technique against self-expression and the enjoyment of music. Many music educators question the dominance of technique during the learning process. The idea of a polished performance often grows at the expense of expression, musicianship and enjoyment. It eventually tends to objectify artistic performance and its appreciation. Eddie Prevost explains the admiration of technique as a broader political issue. He says that ‘obsession with, and admiration for, technique merely reflects the ethos and values of the new elitism which is gaining strength in our world’. (In ‘Improvised Music: Some answers to some questions’ in Contact, a journal of contemporary music 33, p. 14, year: 1988)

In a nutshell, I personally find the concept of technique a bad verbal and mental tool for understanding, appreciating and learning music. If there are people playing music without even having a word for it (Swahili) then we could definitely live without ‘technique’.