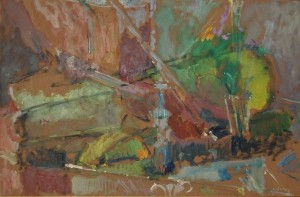 So, the diminished sound can satisfactorily convey the minor and dominant sound qualities and that’s why it is very often used on the 2-5 area of a 2-5-1 progression. Here is the idea:

Remember that this is just one mental tool of simplification. There are other great tools like visualization, especially interesting for us fiddlers since our in instruments are symmetrically tuned in fifths. We will discuss the power of visualization in another article. Don’t neglect to play back up tracks when experimenting. Good luck and let me know what you think!