Ragtime and the banjo: Scott Joplin’s ‘The Entertainer’ as played by Jimmie Arnold on his ‘Rainbow ride’ album 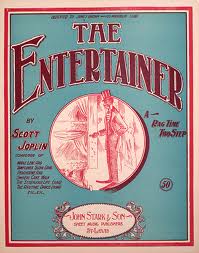 Jimmie Arnold was one of my favourite banjo players and Scott Joplin was undoubtedly the most important of the composers who defined the ragtime idiom, which was popularized in the 1890s and 1910s. This recording is indicative of the fact that ragtime thrived on the creative appropriations of other musical idioms. Although performed on the 5-string banjo, which is strongly associated with bluegrass music, rather than on the 4-string, the recording brings out the banjo background of ragtime music.

Scott Joplin’s compositions, such as Maple Leaf Rag (1899) and The Entertainer (1902), are a hybrid of ‘white’ harmonies, reflecting the Joplin’s background in classical music, and ‘black’ syncopations, a rhythmic element associated with the cultural heritage that was brought to America by African slaves. Syncopation refers to accented melody notes on weak beats that conflict with the backing bass beat, and it was a major influence on the development of jazz together with the blues. The Entertainer typifies ragtime with its syncopated patterns and catchy melody.

In its early years ragtime was subject to improvised variation, being used as raw material on which musicians left their own trademark. Tunes such as The Entertainer would be played in fast tempos and the original melody would often be altered. Jelly Roll Morton is the most important of the pianists who ‘jazzed up’ ragtime tunes and elaborated on their given structures, establishing rags as the foundation of early jazz. 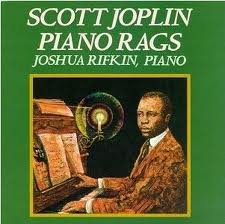 Joplin’s status as a composer grew in the 1970s, following the commercial success of the film The Sting (1973) which featured The Entertainer as the theme tune. The film signalled the revival of ragtime music, which led to the widespread dissemination of Joplin’s works. At the same time a classicizing movement emerged, led by pianist Joshua Rifkin. He was in favour of performing Joplin’s tunes with the aesthetic principles that govern classical music, fulfilling Joplin’s initial aspirations for his music to be cosidered classical and prestigious. 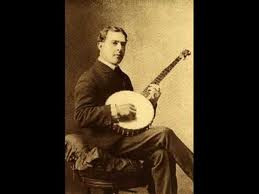 The musical texture of Joplin’s music was partly inspired by banjo slave songs, which were a part of everyday life in the plantations. Joplin must also have been influenced by his mother who played the banjo herself. The use of syncopations was a musical element deriving from the need to imitate certain patterns and techniques associated with banjo music. This is evident in Joplin’s first published rag, named Original Rags, which had the phrase ‘picked by Scott Joplin’ printed on the cover, a verb widely used to describe banjo playing rather than piano music. In that sense Arnold’s performance on the banjo could be considered as a refined return to the roots of ragtime. 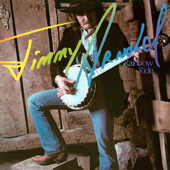 Jimmie Arnold’s 5-string banjo responds really well to the demands of the ragtime idiom. The idiomatic ‘3-finger style’ produces fluent arpeggios and well articulated staccato notes, contributing to the overall effect of the syncopated rhythm. The tempo of the recording is relatively slow, probably reflecting the general approach of the revival era to Joplin’s compositions. Needless to say, the inclusion of The Entertainer in a bluegrass recording is a testament to the expressive, rich and stimulating nature of ragtime music.